Andrew Luck is ANY of Your Physicians

After 7 years in the NFL, the Indianapolis Colts’ quarterback is calling it quits – at 29 years old. Not even a $140 million contract was motivation enough to stay in the game.

Andrew Luck could not get a break from repetitive injuries. Torn cartilage in two ribs, a partially torn abdomen, a lacerated kidney, a concussion and a torn labrum in his throwing shoulder meant living with constant pain. Some injuries seemed to never completely heal, yet he played through the pain.

The pain/rehab cycle may have been the driving force behind his decision, but the final shove came when talk surfaced of some NFL owners pushing to extend the regular season to 18 games. In a press conference Andrew Luck stated, “Part of my journey going forward will be figuring out how to feel better.” … leaving the profession was his first play toward this goal.


Constant pain and injury were extreme de-motivators for Luck. Although his injuries were physical, they had a deep psychological impact. Demoralized, he’d lost the joy in football.

Physicians/Leaders – Do you get where I’m going with this?

Healthcare organizations cannot afford to lose their most valuable players. It is well-established that 50% of physicians have symptoms of burnout. In search of relief, many physicians either leave their job to seek greener healthcare pastures or leave the profession completely.


Physician burnout can happen fast or slow, but most burnout is a slow progression where physicians move through predictable phases. The duration of each stage varies between individuals and often several stages occur simultaneously. Early identification and prevention of burnout progression is key. The point is that your physicians are sending you smoke signals – every single day (as well as annually with surveying).

The great majority of healthcare organizations regularly measure employee attitudes – either through employee engagement surveys or a burnout-specific questionnaire. The absolute worst thing an organization can do is measure and do nothing (or seem to do nothing). That said, we all know that the results of surveys are systematically reviewed and analyzed in myriad well-meaning committees and task forces. Organizations simply get stuck in “paralysis by analysis” hell.


A significant barrier for organizations to move toward action is uncertainty about whether anything can effectively be done to impact the problem. However, there are many studies demonstrating evidence-based actions organizations can take to reduce physician burnout and improve well-being.

Not unlike an NFL player’s rigorous training and conditioning regimen, studies find that physician burnout prevention strategies and training are most effective early in physicians’ career. A robust skill set to manage stress provides an effective inoculation against career demands and circumstances that may make them more prone to experience burnout (or “injuries”) later in their career. This does not lessen the responsibility of the system within which they work to address the issue. In fact, placing the majority of the burden of coping strategies on physicians is both unfair and un-wise. Healthcare organizations must take action – collaboratively with their physicians.

What matters: action and communication. Don’t forget to make ALL physicians aware of your action(s) – avoid having your organization’s good work go the way of the “tree falling in the forest” phenomena.

As for Andrew Luck – his smoke signals presented differently – repeated physical injury and physical pain, but still the football world was shocked by his retirement. Why? The normalization of “playing through the pain”. This phenomenon is pervasive in the practice of medicine. And though physicians may not demonstrate physical injury and pain, theirs’ translates to psychic pain – described recently as “moral injury”. Do you have the instruments and infrastructure to look, listen and act before it’s too late? 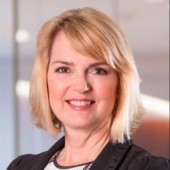